Part 3: HIS CONSECRATION AS A DEACON 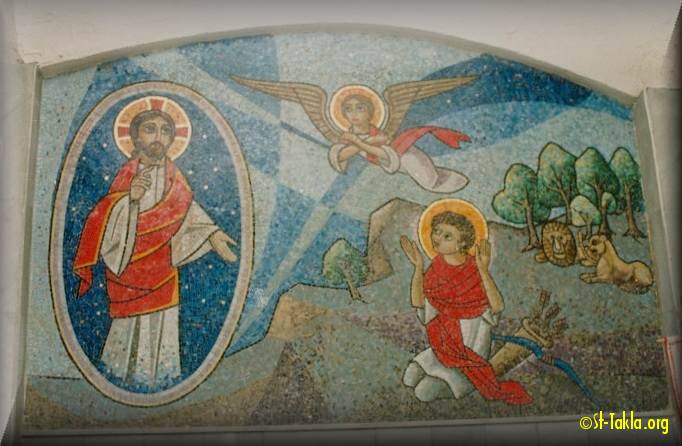 One night Michael, the Archangel appeared to Pope "Kyrillos" of "Ethiopia" in a dream, and told him that the next day a dark colored man would go to him, and would kneel before him. That man had a blessed son, and he was chosen for heaven and he was great before God.. "Consecrate him as a Deacon, then leave him go peacefully", he said.

After this was done while the father and the son were returning, the son asked a group of people for a place to spend the night. One of the group insulted him and hit him without cause. The son shouted asking the help of the Archangel and the man was greatly harmed. The son couldn't bear that because he was full of the Holy Spirit, and he prayed for the man to be cured and the angel cured him, so he believed in God and all his friends and family.

While the son and the father were getting back, (after spending the night at "Amhara") their water was finished and the food became less; so the saint prayed aside and God then created a spring so they could drank from.

The saint's parents wanted him to get married, but he refused because he dedicated himself completely to God. So they accepted, but the girl stayed with them at their home (according to the traditions at these countries), but she stayed a virgin as she wished too..